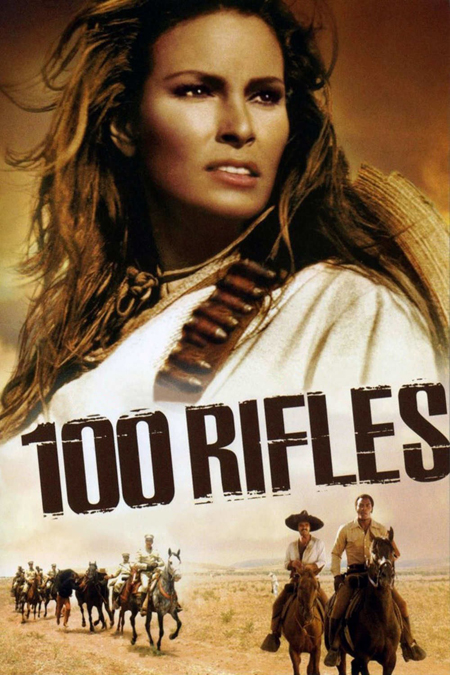 Raquel Welch (born, Jo Raquel Tejada) stars as badass beauty, Sarita, in this excellent Paella Western of 1969. Close to the Spaghetti Westerns of this period, in style (only filmed in Spain), this is a beautifully filmed, well-directed and character-driven action film with a strong cast. Sarita is the catalyst in a fight to free the Yaqui Indians of the Mexican state of Sonoma, from the murderous General Verdugo (Fernando Lamas); with the help of confused bad boy, Yaqui Joe Herrara (Burt Reynolds), and the lawman trying to take Joe back to the US to stand trial for bank robber, Lyedecker (Jim Brown). With the addition of (Eric Braedon) as the German advisor to the General… this film shines the cold light of bigotry in its many forms on various scenarios…and yet it is a story of humor, heart, growth, and determination, as well. Brava to Ms Welch for a strong, gritty performance despite the studio’s attempts to sex up and downplay the import of Sarita’s role in the end.