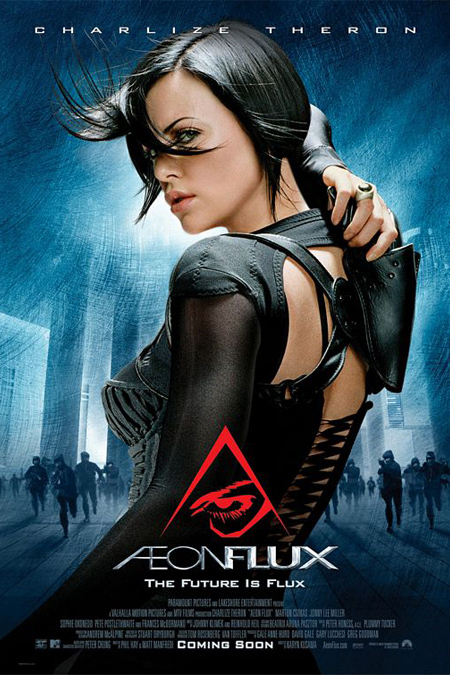 An eye-popping, cinematic futuristic feast for the senses…and sadly a sucky story, as Assassin Freedom Fighter, Aeon Flux kicks evil government ass - only to have love complicate things, as usual! After the world is decimated by a virus in 2011, what’s left of the world is stuck in the “supposedly swell” city of Bregna for 400 years. A la Demolition Man, things aren’t always as hunky-dory as they seem in a sinister, micro-controlled, dynasty run future. Cool, different, beautifully filmed with awesome action and some badass women! Theron mesmerizes as she, Okonado and McDormand kick ass; while Martin Csokas brings same the charisma he brought to Xena’s, Borias, to Goodchild.