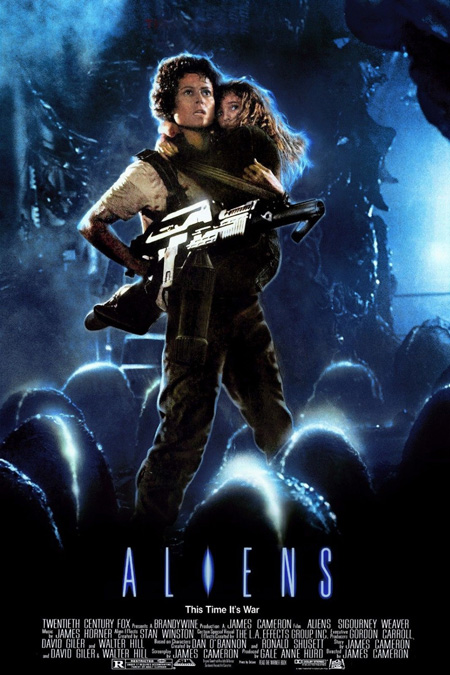 Aliens: proves yet again, that women kick ass in Space and audiences want to see them do it! Academy Award nominated, Sigourney Weaver as Ripley, breaks the dreaded, “curse of the sequel” in this stellar action/ sci-fi /hybrid. This time Ripley is backed by a few good Marines, an Android and a plucky kid named Newt, in her battles against a weasel and some really badass Aliens. Played for a pawn, Ripley must move against a queen with the help of a Bishop. Excellent cast: including Janette Goldstein, as tuff as nails Marine, Vasquez; legendary Lance Henrikson, as noble Bishop; Bill Paxton, as hothead Hicks, Paul Reiser, as creepy Burke; Michael Biehn, as good guy Hicks; and Carrie Henn, as the resourceful, cute Newt. Produced, written and directed by film greats, Gail Ann Hurd and James Cameron; Aliens impacts the viewer’s senses like an exploding star!