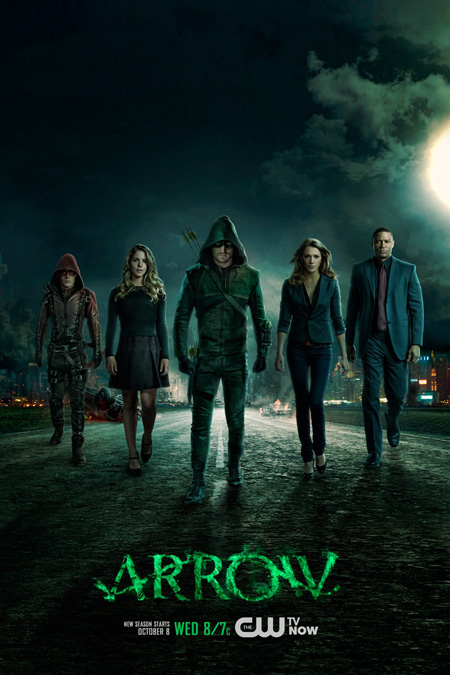 Based on a Robin Hood type DC Comics character, Oliver Queen, a rich dude who survives 5 years on an island after his boat sinks, reinvents himself as “the Hood” ( a persona passed along in the family kinda like Zorro) the buff guy in a hoodie who plans to rid his city of lowlifes. Using mad skills with a bow and arrow and mega parkour moves… the Hood proves that a heroic guy is just as cool as a superhero, and far braver because he constantly faces death. Chockfull of female characters ranging from: kickass, Shado; techie, Felicty Smoak; bad girl badass, Huntress; ex-girlfriend, Laurel Lance; and cop, McKenna Hall; confused druggie half-sister, Thea with her penchant for bad boys; and complicated Mom, Moira.