The Legend of Johnnie Swann 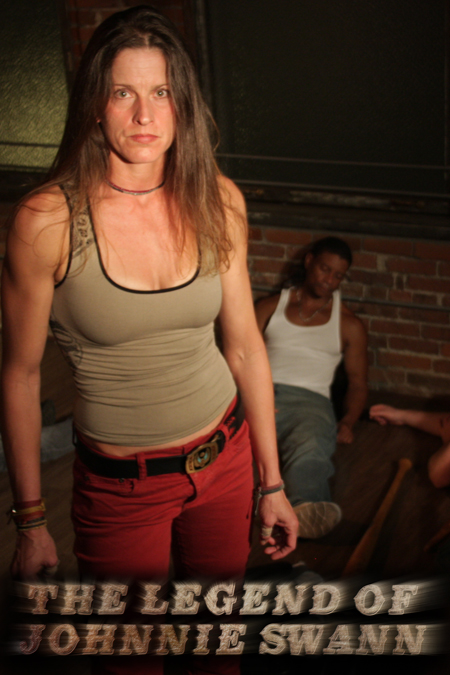 Mob guys end up singing their Johnnie Swann song, by making the mistake of messing with kickass Johnnie and her pretty fella. A twisty mix of romantic romp and fist in the face action, as Johnnie (played by the ever-so-cool, Melanie Wise) boogies her badass self down to Punchy Town, to save the day with sound, fury and a big ol’ grin.

Watch this film either singly, or in the “Tough Chicks” block, which contains the following films: Fresh Blood, Alyce Searches, Battlers, The Legend of Johnnie Swann, Fooled.