Brave and Badass – A Conversation with Brooke Purdy 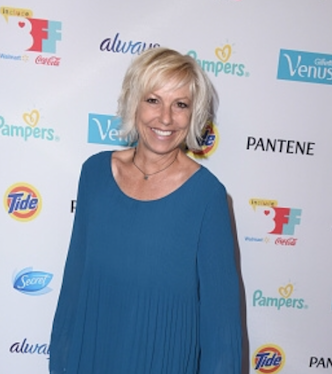 I got the chance to talk with Brooke Purdy, a badass cancer survivor, filmmaker, and inspiring kickass woman. I cannot say enough about this marvelous matriarch. I balled my eyes out and laughed uncontrollably while watching her dramatic comedy QUALITY PROBLEMS at Geena Davis’ 3rd Annual Bentonville Film Festival last year. I am a huge fan and just had to ask her a few quick questions, luckily, she made a little time for me before she goes to make her next feature in San Antonio. Here ya go:

Jennica: Hey Brooke! I wanted to ask you about your film QUALITY PROBLEMS. You have won multiple film festival awards AND won the hearts of viewers across the country. I was lucky enough to see the film early on and can’t get it out of my head (and I continue to laugh at the bedroom scene all-the-time). You’re a true kick-ass lady, you even kick a car’s ass in the first five minutes of the film, —- but let’s get serious:
As a cancer survivor, why did you share your experience through film/what decisions led you to making this event into a film?

Brooke Purdy, filmmaker/actress: Wow, okay. When I was first diagnosed in 2008, my husband and I were both actors and filmmakers at the time and we were blind-sided, of course, it’s devastating. And after we caught our breath a little bit, I just told him to start filming everything: the appointments, the diagnosis, the treatments, … because it somehow empowered me and it took me from being a victim to… It gave me a different role.

Instead of patient, I was now advocating somehow. I said, “I don’t know what we’re gonna do with this, but just film it all.” We did and it came back around years later in 2015 when we were doing QUALITY PROBLEMS, I was writing the script and had an epiphany: we need to incorporate that old footage from the stuff that we shot in this film- and we did! It was for a point, but in the moment it was to try and do something for someone else. To make this so it wasn’t just me being this cancer victim, but being somehow an advocate. When I was first diagnosed, I was saved by many angels who had gone before me and I talked to many many women who had been through it and those are the ones you ask all the weird questions to, like, “how is it gonna look,” “what does it feel like,” and “were you able to pick up your kid?”

I wanted to be able to put that out there in a way for other people who might be going through diagnosis or who had a loved one who was going through it. 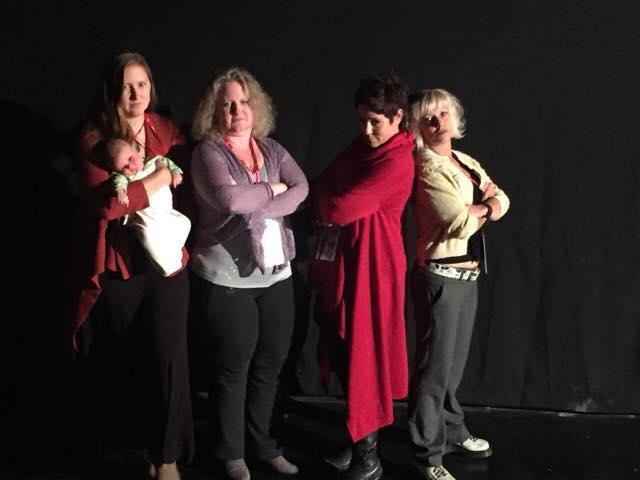 Jennica: And how did you gather all these kick-ass female filmmakers together for the film?

Brooke Purdy, filmmaker/actress: They’re all dear friends and my producer, Jen Prince, has been in my boot camp for ten years. So, we had always talked about, “oh gosh, we really want to work together,” “what’s a project we could work on,” and just countless coffee talks where we lamented the fact that another year had gone by and we hadn’t worked on anything. So, when it finally came down to it— I asked her to look at this script and check it out and she did and she said she really wanted to do it and really loved it. Then she brought in a bunch of people from USC, God bless her. The thing is, once you start with someone you really know and trust, especially a woman like that, then it ripples out. Everybody that Jen Prince recommended was amazing and right on board with our vision, and everybody that they recommended was alternately amazing.

We built this team that was already pre-vetted personality-wise, because once you start with the lump of sour dough that you love, all the other bread that’s gonna get baked is pretty much going to be something that you enjoy. We got super lucky and we’re never ever gonna let any of these people go because it was such an awesome experience.

Jennica: What was the hardest part for you personally about this entire experience?

Brooke Purdy, filmmaker/actress: I guess ‘navigating.’ It’s really hard in independent filmmaking, because there’s not a union guy saying, “let me get that,” like a lot of the lines are blurred, you might be acting in one scene and doing craft service in the next. I think it was navigating as the writer and co-director and an actress. There were a lot of times I had to just chill out and step back and trust, especially my husband. You’ve got a husband and wife directing team, a first time directing team, directing their own kids, and pets, and no money. On paper, it’s the worst recipe ever and thank God it all worked out beautifully, but there were times for me personally, because I’m a super A-hole control-freak sometimes, so I had to really really really trust him and Jen and my team and just shut my mouth and let them chime in with their decisions that were often times so much better. There were a few times where I just had to step back and take a breath and let it happen in spite of all the answers I thought I had ‘cuz their answers were way better oftentimes. 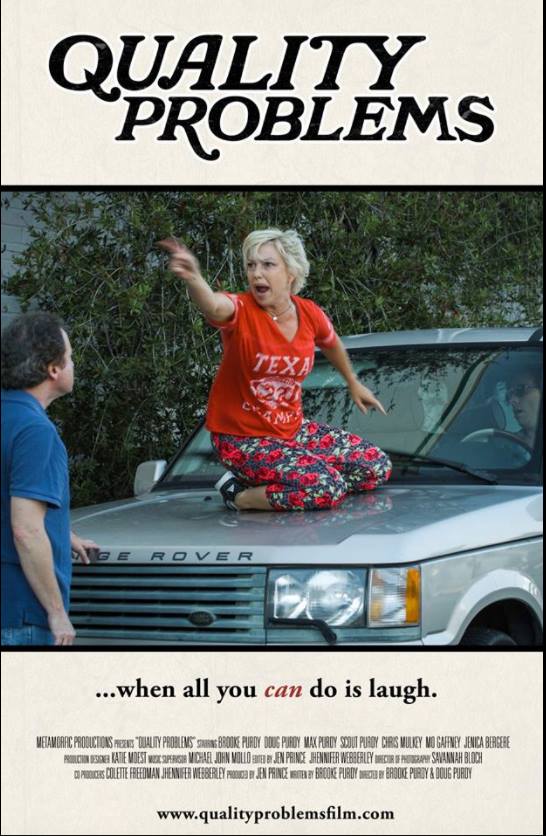 Jennica: That’s wonderful. I feel like you may never know what an amazing kick-ass person you are from the outside, I’m saying this as an audience member and a big fan and a fellow producer, actress, and indie-work-at-home-parent-filmmaker. I’m really happy about you putting out this work at this really important time in your life, it’s critical activism. What do you have next?

Brooke Purdy, filmmaker/actress: Well, we are keeping the band together and we are charging ahead into our next project called MILES UNDERWATER. I wrote it with my kids in mind based on their success in QUALITY PROBLEMS. I went right into something and we wanted to explore the world of family-friendly. It is about a day in the life of a 13-year old boy and it’s got a little bit of magical realism in it, it’s all on location in San Antonio. [My son] Max is the lead and my daughter Scout is the co-lead. Jen Prince, my producer from QUALITY PROBLEMS is directing.

It’s kind of a different vibe and we’re super proud of it. It’s crazy hopeful and hopefully inspiring because it’s really weird out there right now, so we’re trying to do our little part with our art and we’re charging ahead with more independent filmmaking (which means: no budget).

Jennica: If we were gonna watch QUALITY PROBLEMS tonight, how would you recommend we watch it?

Brooke Purdy, filmmaker/actress: With popcorn, of course. I don’t know, just watch it with an open mind, just watch it for a good story. Those are my favorite films lately, the mega blockbusters have their place and so do the experimentals and the gimmicky films, and this is just a good story. I hope that someone sitting down and watching it not knowing anything will laugh and cry and go on this ride.
____
You can watch QUALITY PROBLEMS on iTunes and catch up with Brooke’s team on their next adventure HERE: https://www.seedandspark.com/fund/miles-underwater#story 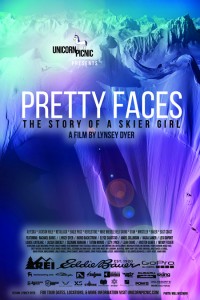 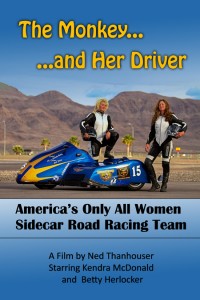 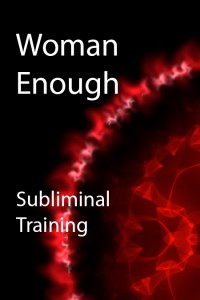 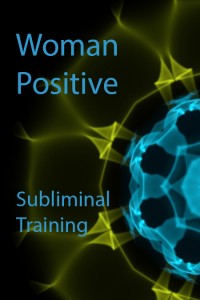