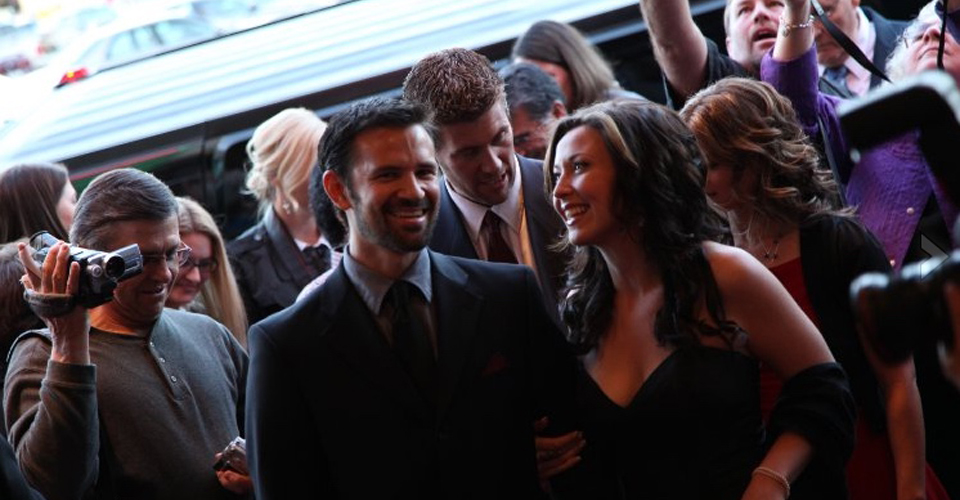 I conducted short interviews with a few distributors, sales agents, and filmmakers for up-to-date info on what distributors want from YOU- the modern indie filmmaker. I’ve included a few thoughts from my extensive interview. Don’t waste another film cycle missing out on some key elements that will enhance your career…

I spoke with a sales agent with whom I partnered on a feature in 2013, he is at the forefront of new developments in what distributors are looking for in new features, he shared that “I have a staff that finds and sells the films that we represent for US distribution. I help negotiate the final agreements with the buyers. I also occasionally produce films.” After all the changes in the marketplace, distributors still want great films on their roster, but this sales agent shared with us that, “the bar is higher for films without stars because there is so much content with stars.” Top grossing films on his roster have great talent, a hot genre, good storytelling, & marketable artwork. All of the above. His advice to help make your film stand-out are, “A great story, great characters, conflict and work in a genre that you understand and enjoy. [And] Don’t make a horror film unless you love them.”

Great, now let’s dig a little deeper. We know most of these ideas on paper, but I want to know exactly how it works on the inside from a filmmaker who can really show fellow filmmakers what is happening behind closed doors…

I spoke with my friend Dylan Reynolds, VP of Sales & Acquisitions for the domestic market at All Channel Films, Inc. Like many in distribution, Dylan’s work is ‘ever evolving,’ he says that, “At any given time I am either looking for content- putting submissions lists together for platforms/ channels- negotiating agreements/ contracts- and/ or overseeing delivery of assets.”

I was able to get a few minutes of Dylan Reynold’s time and ask him specifically about the ever-changing field of Distribution. Dylan uniquely works in distribution at All Channel films and is also a talented writer and filmmaker. He shared some thorough insight with me that I am taking with me into my next development meeting… 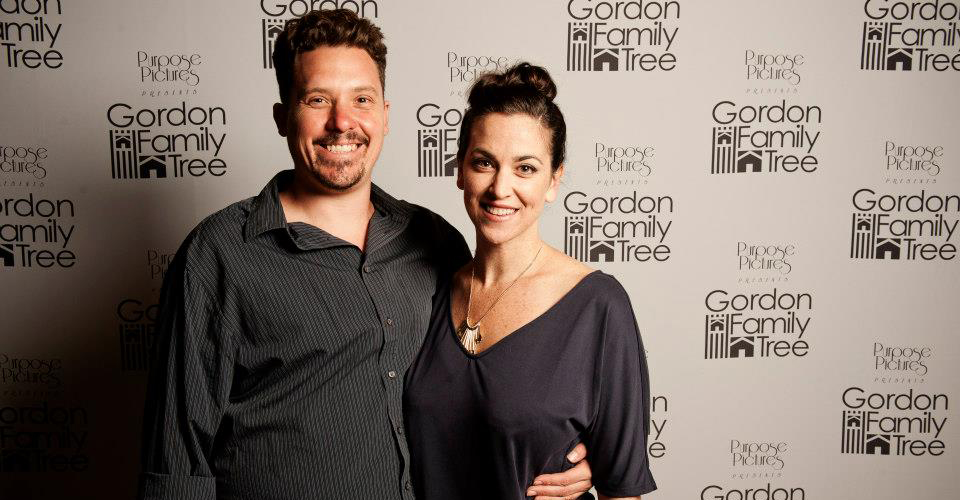 Jennica: What are different outlets looking for most in an independent film today? And has that changed?

Dylan: “Generally speaking, outlets are always looking for “names/ stars” or appear to be more prone to pick up a title that has some “value added elements”- which is usually an actor.  But it can also be subject matter, title, and genre.  Or it can even be “top tier festival” pedigree- but there is usually only a handful of those that matter like Sundance, Cannes, South by South West etc.

The sad truth is that very little of it has to do with the actual movie these days- half of the outlets are picking movies based on trailers/ title/ and key art.

There is always a “hot genre” which people seem to want more of at any given point but that can change- especially in the amount of time it takes to make a movie.  There’s this great Wayne Gretzky quote (that Kevin Smith repeated) that goes something like:  “I skate to where the puck is going, not where it is.”

So as a producer it’s not so much about chasing trends but trying to predict where the current trend will go in another year- two or three.

One thought is to always consider what demo/ market is being underserved currently by producers or studios.  As of late that answer seems to be family/ faith based films and female-lead thrillers- but in other years it has also been movies with Latino, Black, Asian casts- kid films, talking dog movies, documentaries etc. etc.

Horror/ thriller can always be placed/ licensed somewhere but there is a bunch of that content out there.  So it becomes essential to have a good “hook”/ high concept or title with killer art for it to stand a chance in a crowded marketplace.

Action is always good but usually cumbersome for indie producers due to stunts/ effects etc.  Drama I would say is the one “don’t do it” genre (and comedy for that matter) unless you have names or you are fulfilling one of the “underserved” demos or you have a sexy angle… otherwise you better hope you’re a genius.” 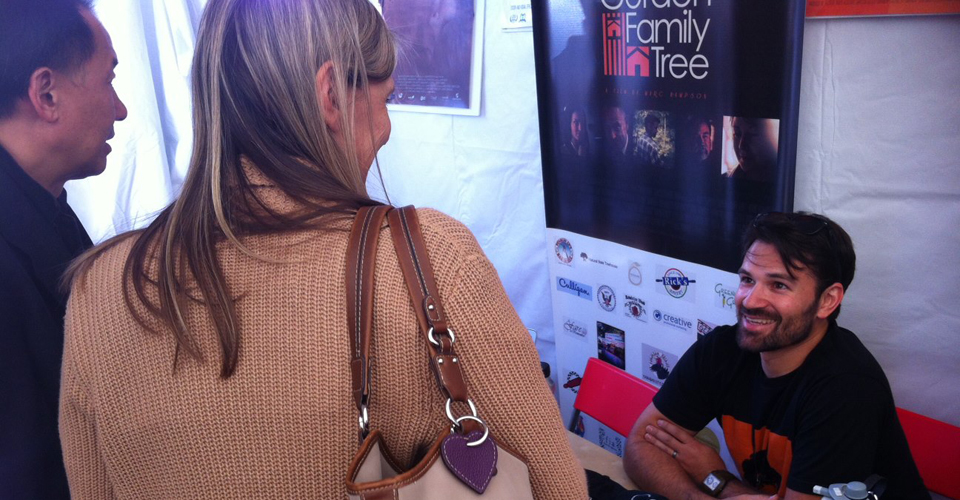 Jennica: What is a general lesson you feel that your filmmakers are learning when they begin their journey with your company?

Dylan: “There is usually a learning curve for any filmmaker or producer when they realize they aren’t a “special snowflake” and no one necessarily “needs” their film.  Of course if you have Ryan Gosling and won an award at Sundance that’s one thing- but no one operating on the “real indie level” is at that point.  It’s the usual “making the movie is the easy part”…  and making movies is insanely hard.

I would say the one key point for producers/ filmmakers to keep in mind is to always be as “close to first dollar” as possible.  These days many indie movies are primarily being sold on digital and VOD outlets- and the DVD market isn’t really there for “no name indies” unless the distributor gets a Redbox or Wal Mart sale (but the trend is that DVD isn’t going to be a big source of revenue for indies).  So, on the plus side, your film is on the same playing field as big studio movies on iTunes, Amazon etc and if you can drive traffic through marketing/ social media and/or you have a “good title and hook” you can be successful.

But if you’re in a case where you have agents- sub agents- reps- aggregators- and distributors each taking a bite along the way you will obviously see less of that revenue.  This doesn’t necessarily mean you don’t need any of these people to get on these outlets (you most certainly do) but it’s just something to keep in mind before committing to a deal.

Ask any distributor: “which outlets do you deal with directly and which do you use an aggregator/ sub agent?”  If they say they deal with everyone directly- then I’m not saying they’re lying but I would be a little wary.  Keep in mind that “getting the sale” is more important for many of these sales people than actually doing good by you and the film.  On the flip side- it’s not unheard of if distributors use “middle men” to secure placement on some channels and outlets.  The “goal” is to get your movie out onto as many outlets as possible.  But at the same time you don’t want “multiple layers” between you and your money for each and every outlet or deal.

So try and listen/ interpret what the rep/ agent/ distributor is saying and try not to fall for what I call “the crack they’re selling”- which is everything you want to hear: “you’re brilliant and you’ll be rich- the movie will be sold everywhere and you’ll be ‘out of the red’ within a few months etc.”  I’m not saying this isn’t possible but you should have measured expectations when getting into this business.”

Jennica: Do you feel that a filmmaker’s push into film festivals, 4-wall-rental or tugg.com type self-distribution, various private screenings, or other means- are a good use of the filmmaker’s time/money when all is said and done in beginning the distribution discussion?

Dylan: “I would say anything you can do to “add value” to your movie is worthwhile.

Doing a theatrical or screening (festival or four wall) in and itself won’t do much for you- but if you do multiple cities and invest P&A, it could help in getting better rankings/ placement on some VOD outlets.  If you do one or a handful of screenings, I imagine it would be good to get some reviews/ publicity- pad the EPK a bit with quotes/ articles- build a fan base- and just generally getting the word out about your film.  But it’s not going to magically make the movie more successful.  If anything you just spent a bunch of time and effort to get people to see your movie at a screening who could have rented it on Amazon or whatever.

I would suggest this tends to have more to do with ego than actually being a sound investment.  But there’s nothing wrong with ego and ultimately you made the movie for people to watch- and there’s a lot of benefit you could get from hosting a screening- getting feedback- publicity- networking etc.  Just don’t expect it to equate to actual revenue.”

Jennica: As a filmmaker, what do you feel is the most important take away from seeing the distribution world from the other side?

Dylan: “Many have said before that film is more of a business than an art.  And like I said before- very little of it has to do with the film itself.  It’s very simple: can I sell this and can I make money off it?

The good news is that as an artist you can virtually do whatever the hell you want as far as style/ narrative…  assuming it’s professional and competently made- and as long as you have a concept/ genre/ title that can be “sold” in the marketplace and you “check off” from the list of requirements depending on the genre you’re operating in.

I’m not saying you can’t make a “passion project” but if you want to increase your odds at making money then maybe throw in a talking dog or monster or a name actor or whatever to help elevate the movie’s “worth”.  The harsh truth is that a movie is barely worth the cost of the DVD it’s printed on- so it’s your job to “add value”.

Otherwise you can focus on being an artist and telling a good story.  And that’s ultimately what is going to “make the movie a real movie”… but the first thing you need to do is sell it.”

Thank you for your time. Jennica Schwartzman, 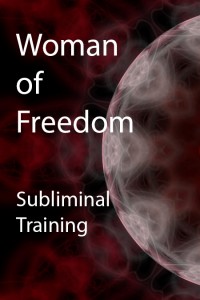 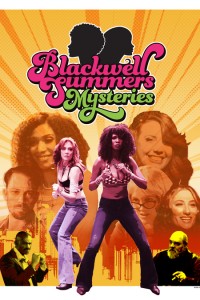 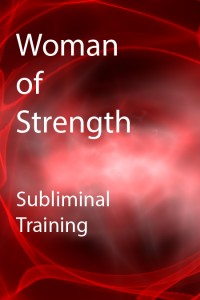