So You Think You Wanna Do Stunts

Being a stunt performer is cool. VERY COOL. When people hear that’s what I do for a living their eyes fill with awe and they usually make me feel like a rock star. After a great stunt on set, often times the entire crew will applaud. It’s good stuff. And it’s no wonder half the people I meet say they want to do stunts.

But if I had a dollar for every time I heard someone wanted to be a stuntman and then change their mind the second they hear about a typical day on set…I would be able to fund my own action movie!

Now let’s first be clear….doing fight choreography and falling into cushy mats is NOT “doing stunts”. Yes, as a stunt performer you may be asked to do that from time to time and when that’s the toughest part of your day, be grateful! Because the job description is so much more than that!

And to all you actors out there, this goes for you too! Just because you fired a weapon and chased the bad guy doesn’t mean you do your own stunts. Your stunt double is there to make you look good and keep you safe. When it’s something you can do yourself, that’s great for everyone, but if you push beyond the coordinator’s recommendation and end up hurting yourself, don’t blame it on them. If you really wanna do your own stunts, pain is part of the gig.

If a gag is remotely dangerous, the insurance companies won’t allow actors to do stunts even when they want to. Tom Cruise may be an exception (and that’s another blog), but even he has a team of incredible stunt people behind the scenes making him look seriously bad ass. 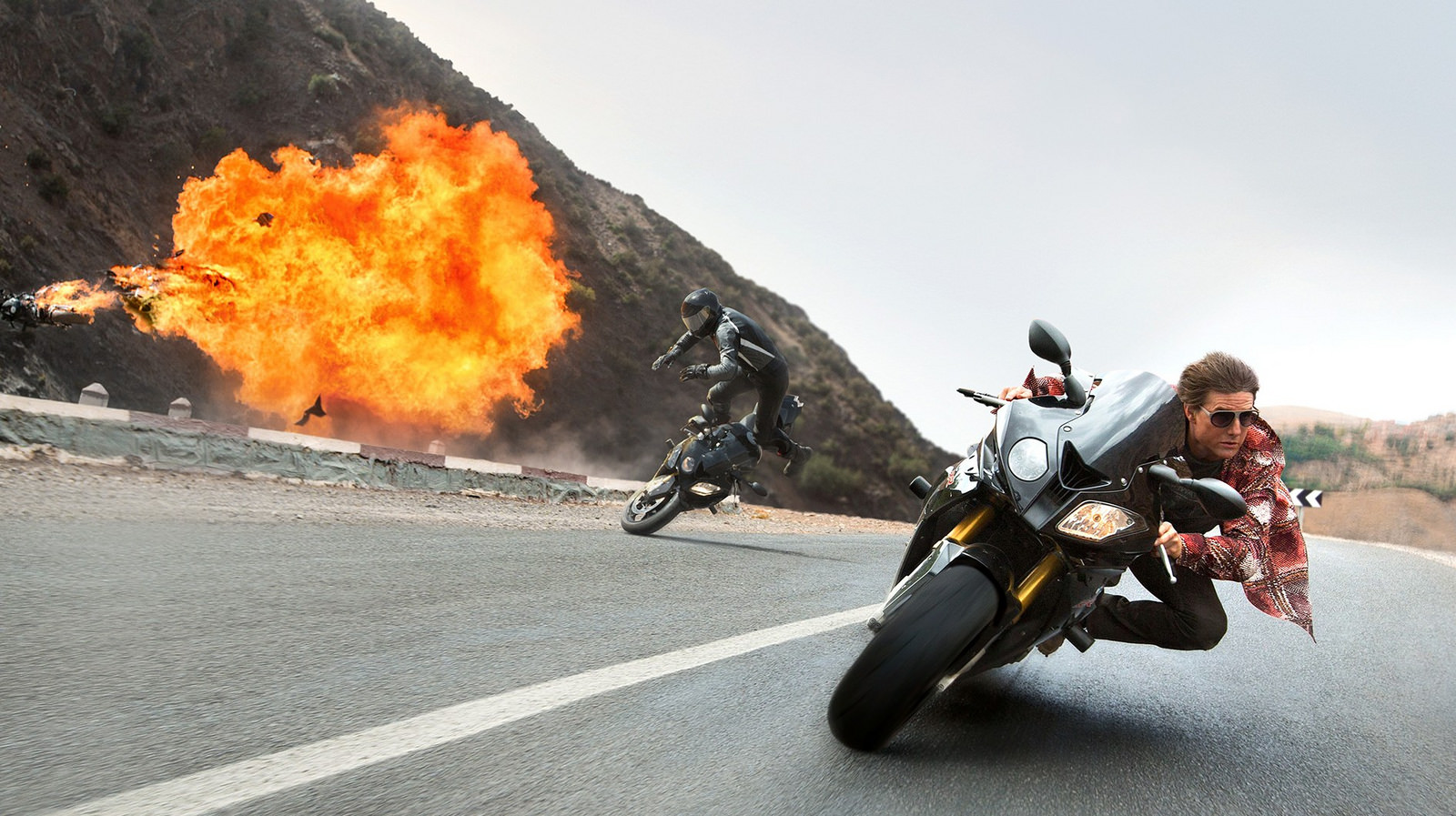 If you’re new to this industry and think you will be able to pick and choose which stunts you will do and won’t do, think again! That luxury is reserved for the hard core stunt veterans.

For the rest of us, it’s a simple protocol. The stunt coordinator calls to check your availability and your answer is a simple Yes or No. If you are asked about your qualifications…for God’s sake…Do Not Lie! As soon as the cameras roll, the truth will be revealed and aside from extreme embarrassment, you will end up hurting someone (likely yourself) and your career will be over before you know what happened.

When you get the gig, you show up with your fully equipped stunt bag prepared for anything. I can’t tell you how many times I showed up to work with no idea what I was doing until after I was through hair and makeup and actually walked onto the set.

Ok, so a lot of you are out there are thinking “I’m tough, I don’t mind hitting the hard cement, I still wanna do stunts!”

Imagine this…you are hired to do a stairfall. You get your wardrobe and it’s a thin silk nightgown (true story). You walk over to the set and the stairs are made of steel. It’s a wide shot so don’t even think about being able to hide pads anywhere. You’re the kind of person who says “No problem, this is my dream, I’ll happily throw my body down those stairs for a buck” and so you do. You smack your elbow which is now swollen and already turning purple, and you got a small gash in your knee. But you think, “This is cool, I’m living the dream and I’m getting paid”. Now they are resetting the camera for another take and it’s time to go again. You hit the same spot on your elbow and knee and the gash is opening up. And then you go again, and again and again. They finally get the wide shot and you think “Thank God that’s done, I’m really feeling the pain” but now it’s time for the close up. And then the reverse. By the end of the day you have done that stairfall 17 times and you are completely wrecked.

But that’s not all. They were shooting out of order and next up is the previous scene in the script where your character fought for her life before getting thrown down those stairs. The production is behind schedule so there’s no time for nursing your wounds. It’s another 10-15 takes of a brutal fight scene that leaves you wanting to cry for Mommy. When the day is finally over, you crawl into an ice bath and pop some pain killers before you crash. After a day like this all you want to do is lay in bed and watch Netflix but it’s a 5am call in Chatsworth and you live in Venice.

Getting out of bed feels like the hardest thing you have ever done in your life. Every muscle hurts and you can’t imagine how you will possibly make I through another day like yesterday. But you do…because that’s the job.

In thinking back to some of my least favorite days at work, I can’t help recall the time I was hired to fall down a 90 foot hill. My character tumbles all the way down until going over the ledge where getting hung up on a rope which snaps her neck and dangles her body 40 feet in the air, hangman style. Cool stunt! Shot in pieces, obviously but still demanding. To make it more interesting, I was dressed in a strappy black slip, no shoes (no pads) and had a bag over my head. I had several years experience under my belt and was up for the challenge. When I showed up to set, it started raining and it was cold. It was a night shoot so the cold had only just begun. We combed the dirt for loose rocks and spiky shrubs and I had a clear line to the bottom of the steep hill. The ground was hard and with no pads I knew I was going to get torn up. Could I have put on some moleskin or a nude bodysuit? The answer is NO. It was just “one of those days” that all stunt peeps experience.

But here’s the REAL KICKER…the hill had previously been covered in Poison Oak. And although the plants were all removed, the oil and residue from them was still in the dirt. And yes indeed…I did get cut up. Road rash (or hill rash) alone just plain sucks. But when you add the element of poison into open skin…well, I’m sure you can imagine why it earns the title of one of my worst days on set.

It ain’t all fun and glamour!

It’s all about expecting the unexpected. It’s also being confident enough in your craft to know what is safe and what is not. There are times when you may need to stand your ground with a director. I sat down with powerhouse Ingrid Kleinig, (stunt double extraordinaire for some of our favorite female heroines on film ie. Mad Max, Suicide Squad, Justice League) and we had a good laugh over some of our craziest days on set. She was once hired to do a 40’ drop into water, ”no problem” BUT when she showed up to work the director wanted a BELLY FLOP, and the wardrobe was a BIKINI. Now if you know anything about diving, you know this is a terrible idea! When she voiced that, the director commented it’s something he could and would do it. It’s never fun with this scenario comes up and it does come up. You may have a stunt coordinator to lean on in a case like this, but not always. You need the confidence and knowledge to know how to handle this delicate situation. And this is where her expertise comes in. She politely expressed that if he was to take that belly flop he would not be able to come to work tomorrow, and reminded him that they need her back. She then presented a plan to swan dive into a tuck and then overlap a close up shot to the belly…and that’s the way they did it, safely and effectively.

If you’re starting out, chances are you won’t be asked to do anything too crazy too soon. But don’t count on that. When Ingrid was very early in her career, she found herself in an unexpected situation where she was required ride a motorcycle, standing on the seat, and ram it into a van on FIRE! If that doesn’t sound hot enough, hundreds of bystanders gathered before the stunt. Just a little extra pressure before she would need to catapult her body over the flames in order to … Not Die! 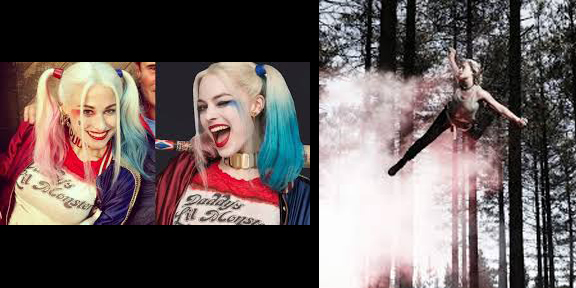 Lesson of the day: If you really want to do stunts, make sure you know what you’re getting yourself into!

For all the horror stories, there are many great ones. It’s truly an honor to get to represent the stunt department. There are so many blessing that come with the job. And so many days that truly are nothing but fun. If you are already in this with us, I wish you more of the fun and less of the pain! And for all you aspiring stunties, if after reading all of this you still think “This is for me”, then I wish you the very best luck and hope to see you out there on set soon! 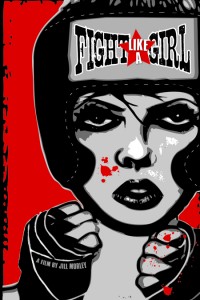 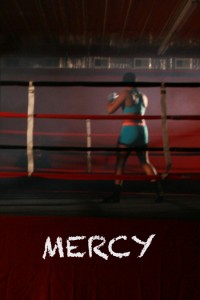 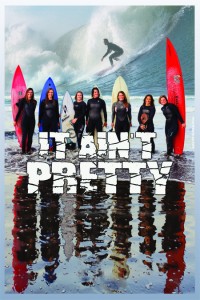 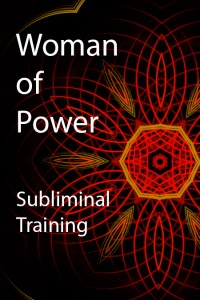 Give Us a Shout