Comedian with a Dad Bod Fights the Patriarchy 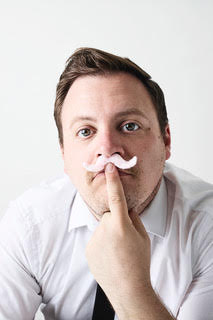 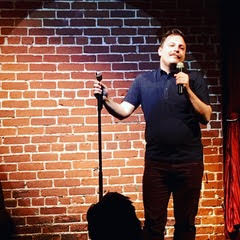 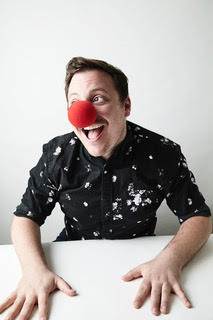 Laughter is the best medicine. But I also like to take it recreationally. *wink wink*

Today’s newscycle culture is killing my creativity and my positivity. As an artist, I need to kick back and be led on a journey of laughter in order to shake off the day. Buuut I have a hard time finding the right kind of comedy that feeds my spirit as well as tickles my funny bone. I attended a comedy show in North Hollywood recently and the headliner KILLED it! Between his hometown origin story, his first brush with understanding privilege, and his real life hook-up app mishaps- I was no longer the loudest laugher in the club.

One of my newly established favorite comedians, Joseph Schles, just announced that he will be at the Laugh Riot Grrrl Comedy Festival. That’s right, ‘he’ will be there. This ally is the LGBTQ+ sensation headlining Rebels of Comedy at The Federal Bar and Sycamore Tavern, Classy AF at Black Cat Tavern, and he was featured at The Comedy Store in LA and in Second Class Citizens at newly minted inclusive theater The Ruby LA. You can also hear this bi-coastal killer featured on XM radio coming soon. I think my favorite interwebby places you can see him right now are in “Middle School Talent Show” as Joshua or on “La Landia” rep’ing WeHo in his fav pink sweatshirt. Comedian Joseph Schles is all over Los Angeles every weekend. I am a huge Stand-up comedy fan, so I wanted to have a reason to sit down and ask him a few things about the comedy scene and the inclusive turn of the tides.

Joseph: I’ve been noticing a lot more inclusivity in the comedy scene in LA lately. Not that the straight male comedian voice isn’t still probably the most prevalent, but more and more I feel audiences are excited to hear other points of view from women, people of color and LGBTQ comedians. And also it seems like people aren’t laughing as much anymore at dudes talking trash about marginalized groups of people, which there’s definitely not a lack of, but audiences don’t respond to it as much and that makes me feel good. It seems like people want to hear about peoples own life experiences as opposed to pointing and laughing at groups they don’t belong to if that makes sense. I’m a firm believer, that if something is funny, then it’s funny and nothing should be off limits, I just feel like it’s hard to be funny if you’re not coming from a genuine place. 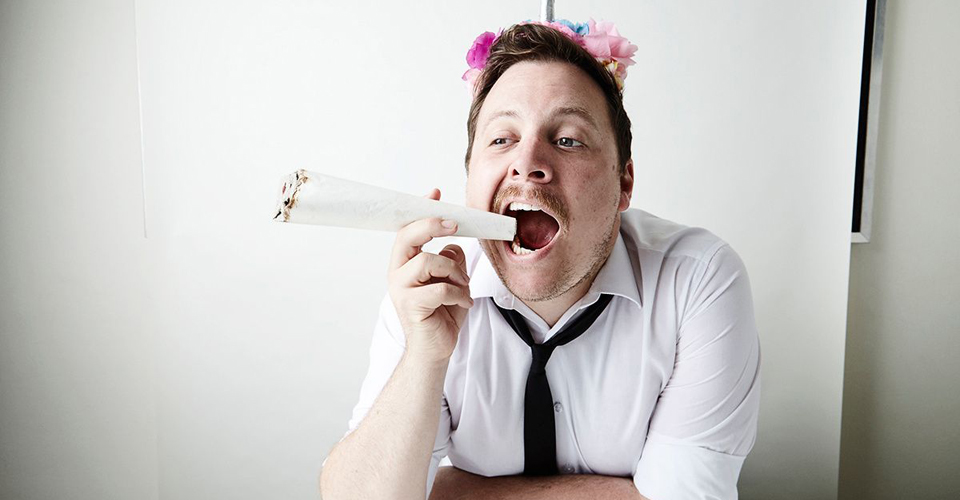 Joseph: As far as I know, the Laugh Riot Grrrl Comedy Fest aims to be an inclusive festival meant to be a safe space for women and featuring more progressive feminist friendly comedians. The comedy scene is still dominated by dudes and a lot of times you hear a bunch of, what I call “women.. what’s wrong with them and why won’t they just blow me” jokes. Bros making light of rape culture are still ubiquitous at comedy clubs and the Laugh Riot Grrrl Comedy Festival is creating a space where non traditional comedians and specifically female comedians can come and enjoy a show without the fear of hearing yet another anti-woman joke.

Jennica: What’s The Ruby LA and why is that a big deal right now?

Joseph: The Ruby is the new comedy space that took over the Nerdist’s old spot, who, similarly to Tao Comedy (where the Laugh Riot Grrrl Fest is held), aims to create an inclusive space for diverse comedians to get a chance to perform in an uplifting environment that promotes acceptance. I recently got to perform there as part of Julianne Simitz’ political comedy show ‘Second Class Citizens’ which was really fun.

Jennica: Do you draw much of your comedy from your LGBT experiences?

Joseph: I’d say most if not all of my comedy is colored by my experience as a gay man, but I try to approach it from an angle that is hopefully relatable to all people in some way.

Jennica: Where do you draw your comedy influences? Who did you identify with in the comedy world growing up?

Joseph: I’m sure it’s not gonna come as much of a shock to hear that many of the comedians I related to growing up were women. Some of the first comics i remember really loving were Margaret Cho, Roseanne Barr, Ellen Degeneres, Rosie O’Donnel and Joan Rivers, but I also really loved David Letterman, Robin Williams.

Jennica: What have been some of the obstacles you’ve encountered since you came here from NYC?

Joseph: Well, being broke and having to wait tables to make ends meet has been a pretty big obstacle in the sense that waiting tables is exhausting, not to mention soul sucking, and so it’s been challenging to find the time to focus on comedy / acting considering 98% of that work doesn’t pay in these early stages of trying to develop a career in it. That.. and the traffic on the 101.

Jennica: Who are your fav up and coming comedians? Who do you like to see?

Joseph: A couple comedians who I love to see at shows that I perform at around town are Erica Dawson, Justin Rupple, Kara with a K, Teddy Tutson, Josh Levesque, and Pete Zias, just to name a few. I’m a big fan of 2 Dope Queens and many of the comedians they feature like, Julio Torres, Naomi Ekperigin, Michelle Buteau, Marcella Arguello, Sheng Wang and Rhea Butcher off the top of my head. 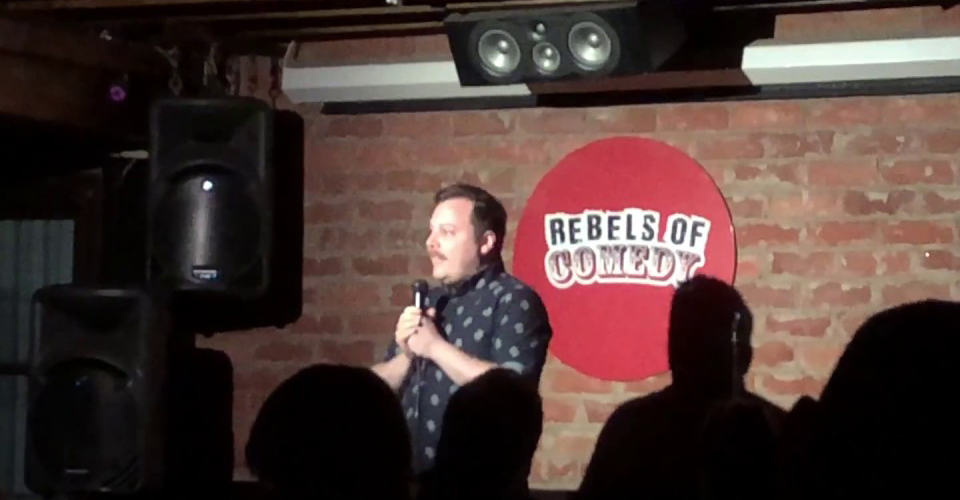 Jennica: Where are the best places to see comedy right now? What makes you laugh?

Joseph: Netflix / HBO…? It’s hard to say where the best place is, there’s good comedy going on everywhere, it’s just hiding out amongst all the bad comedy, so it’s always a bit of a toss up. A lot of things make me laugh, I love comedians who can make their own crazy life experiences somehow relatable to everyone, which i guess is basically comedy 101, but it’s still always a joy to watch someone do it well.

Jennica: Does that make you concerned about performing live? Are you concerned that people want to stay home and Netflix the latest comedian instead of coming out to support the live work that makes those specials so great?

Joseph: No, I still feel like people like to come out to watch live comedy. It feels better to laugh and have some drinks in a room full of people, when you’re by yourself drinking it’s a little more depressing… allegedly..

Jennica: What do you like about performing live? Versus all the fun web content you’ve been working on-

Joseph: Nothing really compares to getting laughs from a live audience. I love watching my video’s view counts go up and getting a bunch of likes as much as the next millennial, but you just can’t beat that real time laughter from a packed live audience. Of course if you’re bombing then all of the sudden the web content is preferred, but ideally i’d like to be slaying in front of a live audience any day.. but also, cast me in you’re filmed things too…

Jennica: Do you have any advice for new comedians?

Joseph: My advice to new comedians is to get famous and then let me ride on your coat tails to the top.

Jennica: Where can we see YOU next?

Joseph: Who knows.. I have a calendar on my website where I post all of my upcoming shows, josephschles.com 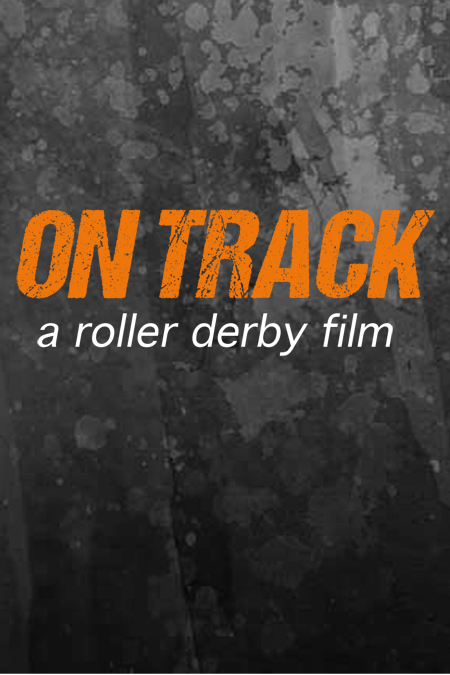 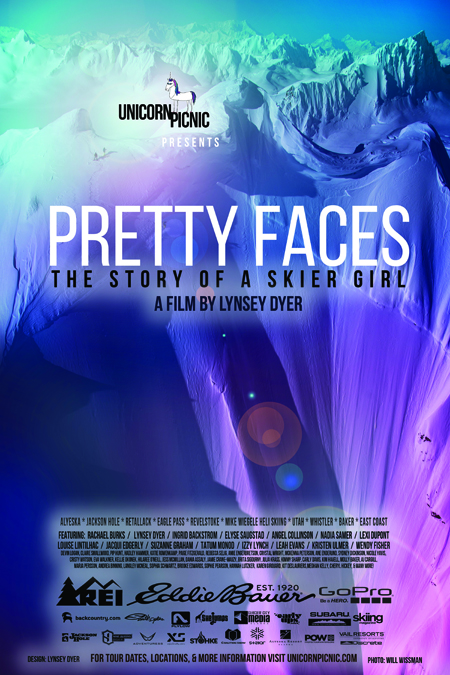